skip to main | skip to sidebar

Anyone that knows Brooklyn, knows that she is a huge basketball fan! A few weeks ago we had the opportunity to be guest coaches at the Aggie Women's basketball game vs. Missippi State. Brooklyn was in heaven but all of the girls really enjoyed being a part of such a special event. They really thought they were hot stuff! :)

As guest coaches we got to tour the athletic facilities, be with the team during Coach Blair's pre-game speech, go in the locker room before the game, sit behind the team's bench during the game and meet all of the players. The players were all super nice and loved meeting the girls. Coach Blair is such an awesome coach and it is easy to see how much he truly cares about his team and the fans. After the game was over he brought the girls out on the court to sing the Aggie War Hymn. It was such an awesome moment and the perfect ending to our day! 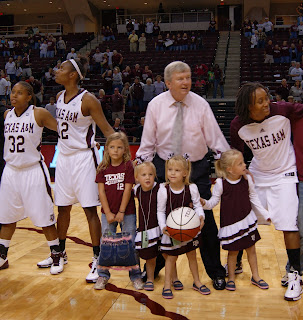 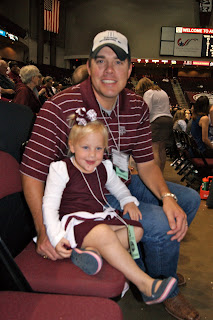 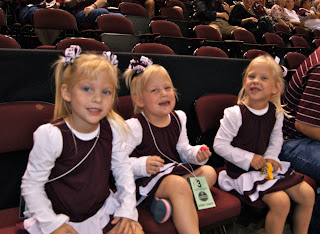 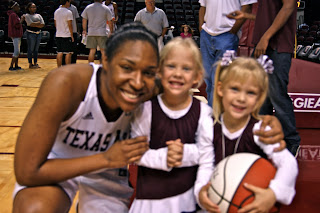 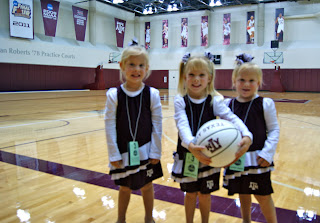 Checking out the practice court 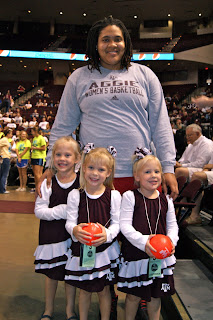 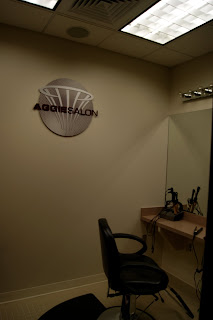 The salon room in the locker room! 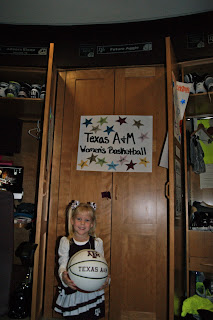 Brooklyn in front of the Future Aggie locker....hope she her own locker in there one day! 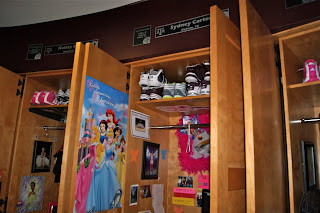 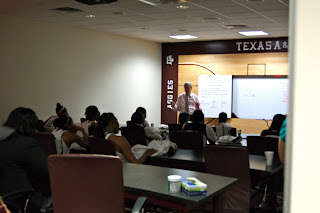 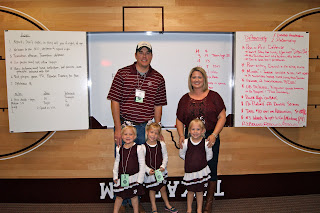 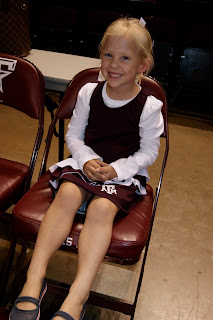 Kara
Texas, United States
I am the mother of three beautiful baby girls. I am married to a wonderful man and we are very blessed to have all that we do. Brian and I married in October 2004 and after two years trying to start a family we were blessed with triplet girls. There is never a dull moment in our house!